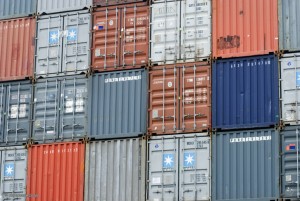 1. Containers are too important to the industry to be left to a single vendor

No question, the single biggest announcement of this DockerCon was the launch of the Open Container Project with support from a broad range of companies including such unlikely bedfellows as Google, IBM, Cisco, Amazon, Microsoft, and of course Docker. https://blog.docker.com/2015/06/open-container-project-foundation

2. Docker gave away the reference implementation for open containers but the specification is still a work in progress

We have the opencontainers.org website, we have the runc command line interface tool donated by Docker to the project but the companies involved with the Open Container Project will still have to work out the details of the specification. Today, the specifications github returns a 404 https://github.com/opencontainers/specs (EDIT: @philips, from CoreOS fixed this as of June 25)

3. Containers are building blocks for hybrid clouds and an enabler for hybrid IT

Success of Docker showed developers the value of containers and a lightweight, reproducible application packaging format that can be used on premise or in the cloud. Now it is up to the developers to use containers to deploy applications in hybrid clouds, both on premise and in the cloud datacenters. https://developer.ibm.com/bluemix/2015/06/19/deploy-containers-premises-hybrid-clouds-ibm-docker/

4. There is an enterprise market for secured and trusted Docker containers

IBM and other companies have signed up to resell and to provide services around Docker Trusted Registry, a place for developers to store and share Docker images while ensuring secure, role-based access control as well as auditing and event logging. https://www-03.ibm.com/press/us/en/pressrelease/47165.wss

IBM announced that its Container Service, a bare metal based hosting environment for Docker containers, will provide automated image security and vulnerability scanning with Vulnerability Advisor to alert developers of security weaknesses before the container is deployed to production. https://developer.ibm.com/bluemix/2015/06/22/containers-the-answer-to-modern-development-demands/

6. Containers are showing up in surprising places including IBM mainframes, Power, and Raspberri Pi

Vendors are working to support containers across operating systems and hardware plaforms. At DockerCon, IBM did a live demo of deploying a Docker Compose application to a Z13 mainframe http://mainframeinsights.com/ibm-z-systems-leverage-the-power-of-docker-containers/

7. Multiplatform container applications combining Linux and Windows are on the horizon

8. Live migration for containers is here and it looks impressive

With a Quake3 deathmatch running in Docker container, live migration never looked this exciting! https://twitter.com/pvnovarese/status/613499654219526144/photo/1 link to the video

9. Docker ecosystem (Swarm, Machine, libnetworking) is maturing rapidly but is not yet ready for the enterprise

Most IT pros will proceed cautiously after learning how much of the underlying Docker code was rewritten for Docker Engine 1.7 release and the associated releases of Swarm, Compose, Machine, and especially libnetworking. Multi-host networking is an experimental feature for now. http://blog.docker.com/2015/06/compose-1-3-swarm-0-3-machine-0-3/

10.There is so much going on in the Docker community that we need another DockerCon in just 4 months!

DockerCon Europe is in Barcelona on November 16th and 17th. http://blog.docker.com/2015/06/announcing-dockercon-2015-europe/ 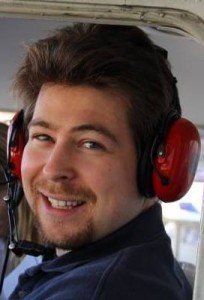